Sourcing great data is only the tip of the iceberg when it comes to drawing conclusions from your research. You want to know how all your data points relate to and impact each other. And to do that, you need to keep an eye out for intervening variables and how they apply to your research findings.

When it comes to putting the pieces together, connecting concepts from A to B can be anything but straightforward. And even once you make the connections, how do you interpret your findings?

While there are plenty of facts and figures to draw from your data gleaning, knowing how each of them influences the other can make the difference between a successful campaign and a flop.

So how can you quantify - and capitalize upon - these unseen influencers, or intervening variables? 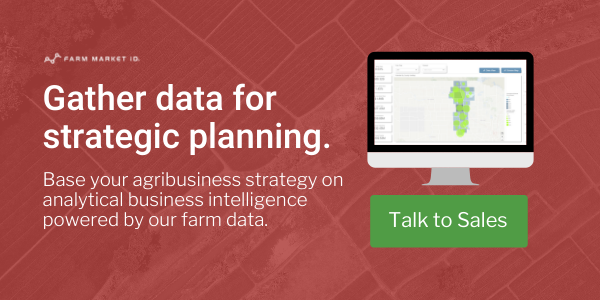 For example, let’s say that you notice dairy farmers in a region feeding their cattle a certain feed mixture season after season. There are notable differences between milk outputs when the cattle are on the feed, especially when compared with feed practices of other farmers, but the farmers use it regardless.

What might contribute to the adherence to what you view as a less effective diet for dairy cattle? Are the farmers using the feed mixture of a certain age? Might their practices be rooted in beliefs or practices of a bygone farming era? Could it be a lack of education on bovine nutrition?

Any one of these factors or a combination of factors could contribute to the feeding practices of the dairy farmers in the region you observed. Those are the intervening variables to watch out for in your research.

Intervening variables are part of the reason that it’s immensely difficult, if not impossible, to prove causation. There are just too many factors to take into account.

For example, when you connect the dots between dairy cattle feed and milk outputs, you can draw the line from the nutritional density of the feed to recorded output. Add in the factors of regional climate, seasonal temperature fluctuations and grazing practices, and you begin to see a clear picture of the impact of independent variables on dependent variables.

If a feed high in one nutrient corresponds to an increased output from a majority of cattle observed, you see correlation at play: input equals output. You can adjust the inputs to facilitate the outputs that you desire, and reasonably predict the outcome.

When you try to understand why a farmer uses a certain feed mixture independent of milk outputs, you necessarily move beyond the quantifiable study of inputs to outputs (correlation) and into the more abstract realm of causation. Instead of telling the story by numbers alone, causation tries to tell the story by linking independent and dependent variables via hypothetical bridges: intervening variables.

Determining causation is a far more complicated, and much less concrete, practice than lining up corresponding variables. When you use intervening variables to explain phenomena - like farmers of a certain age use a particular feed mixture for their dairy cattle - you may be tempted to pin the unchanging feed practices for dairy cattle to farmers within a certain age range.

At the end of the day, it may not be the farmer’s age (and presumed settled ways) that impact his feeding practices. Perhaps farmers in this region were dramatically influenced by a certain thought leader in agriculture during the time when they were coming into their own as farmers. Or maybe they use technology for purposes other than researching feeding trends and nutritional studies. Maybe feed stores in the region frequently discount components of the feed blend that the farmers prefer.

Drawing assumptions in research is tricky. If you put your eggs in one basket and rely too heavily on a single intervening variable, you risk wasting time and money on an unprofitable study.

However, intervening variables are helpful in understanding your data and give you a springboard from which to build useful theories. When used judiciously, the intervening variable can provide a complete picture for helping you draw conclusions and develop effective campaigns for reaching your audience.